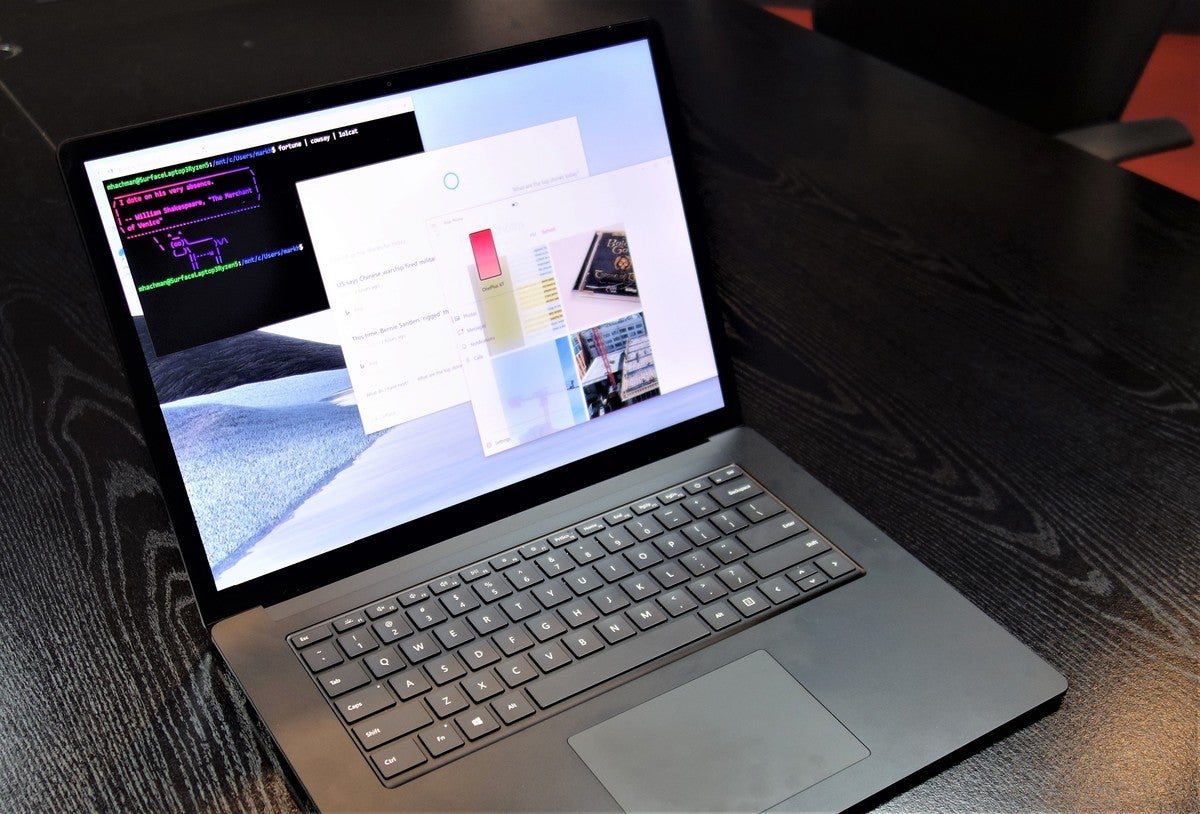 “We will again deliver Windows 10, version 20H2 using servicing technology (like that used for the monthly update process) for customers running the May 2020 Update who choose to update to the new release,” wrote John Cable, director of program management for the Windows Servicing and Delivery group, in a June 16 post to a Microsoft blog.

Cable’s description of the coming process echoed what he had said in July 2019, when he announced a sweeping departure from Windows 10’s previous twice-a-year-upgrade model. He even used phrasing almost identical to last year’s.

“We will deliver this feature update in a new way, using servicing technology (like the monthly update process) for customers running the May 2019 Update who choose to update to the new release,” he said at the time.

The end result this year will be a return to 2019’s cadence, with a feature-rich upgrade released in the spring followed by a Service Pack-like refresh in the fall that will be little more than a bugs-now-fixed retread of its predecessor.

Major-minor it is, then

Last year, Computerworld parsed multiple Microsoft announcements in July to explain what the Redmond, Wash. developer was actually saying when it stated it would deliver a fall update with “a scoped set of features for select performance improvements, enterprise features and quality enhancements.”

The deconstruction of Microsoft’s messaging was necessary both because of the marketing-speak it used for the news but also because the firm was describing a dramatic change in one of the foundational concepts of the “Windows as a service” (WaaS) strategy: It was going to release only one true feature upgrade for Windows 10 that year, while the second would be but a shadow of the first.

That won’t need to be duplicated this year; customers have seen the major-minor cadence in action. But Cable made sure to hit some highlights to assure users there would be no real change to 2020’s deliveries.

The fall refresh will be delivered as a monthly update to those who have adopted Windows 10 May 2020 Update, aka 2004. As customers found out last year, migrating from spring to fall took very little time for a number of reasons, primarily because the actual changes had been delivered the month prior. For more information on what this entails, read Microsoft (finally) delivers service pack-like Windows 10 1909 and Microsoft goes very small for Windows 10 1909’s ‘On’ switch from last year.

The fall “upgrade” will come with 30 months of support for Windows 10 Enterprise and Windows 10 Education customers. If there’s one reason Microsoft doesn’t just bag the idea of a second refresh each year, the support lifecycle is it. Microsoft must hold to the 30-month cycle for its most important customers, either by retaining the fall update or changing the spring’s lifespan (which is 18 months for all versions, including Enterprise and Education). The company seems hesitant to do the latter. (Why, we’re not sure. Computerworld has argued several times for just one upgrade annually.)

Users who have not deployed Windows 10 2004 can roll out the fall refresh in the standard fashion. “For consumer or commercial users coming from versions of Windows 10 earlier than … version 2004, the process of updating to the new release will be the same as it has been and will work in a similar manner to previous Windows 10 feature updates, using the same tools and processes,” Cable said.

What, another name change?

While a repeat of 2019’s major-minor tempo was expected by many, including Computerworld, Microsoft had one rabbit to pull out of a metaphorical top hat.

Instead, Microsoft will use the code-naming convention yyH1 and yyH2 familiar to Windows Insider participants. The H1 and H2 refer to the year’s first half and second half, respectively.

“We will … move to a format that represents the half of the calendar year in which the release becomes available in retail and commercial channels,” Cable said. He also contended that the change was “designed to provide consistency in our version names across releases for our commercial customers and partners.”

Yet Microsoft will retain descriptive names – like last month’s “Windows 10 May 2020 Update” – for use when it communicates with consumers.

In short, Microsoft reduced the number of different identifiers for any given Windows 10 refresh from three to two. Previously, the trio was composed of a descriptive name (May 2020 Update) and a four-character moniker (1903, say, for last year’s spring feature upgrade), which were used interchangeably; and a different four-character nameplate (like 20H1) as a code-name of sorts during preview testing by Insiders. The last label was dropped upon release.

Now, Windows 10 has two identifiers remaining, which will not be used interchangeably, but separately for different audiences.

Beyond the claim that it’s dropping the yymm-formatted names “to provide consistency” – a weak argument, at best – Microsoft did not elaborate on why it made yet another naming change after recently upending both Office 365 and Windows release nomenclatures.

It might be because Microsoft has had difficulty matching the numeric labels with actual date stamps of its Windows 10 upgrades. Although it settled on 03 and 09 as the last two characters – pointing to March and September, respectively – increasingly the upgrades missed those marks. Last year’s 1909, for example, debuted in mid-November, and this year’s 2004 began its release in late May. The yyH1 and yyH2 will account for a much broader release window, from just one month to any of six.

For instance, Cable could say that “broad availability of Windows 10, version 20H2, will begin later this calendar year,” without worrying whether the identifier would be accurate.

Insider participants who want to preview 20H2 must register with the Beta Channel (formerly called the Slow Ring, and then opt in by choosing the “Download and install” option, as detailed here.